Joan Murrell Owens was a coral biologist and teacher born in Florida in 1933. She was the first African American woman to be awarded a geology PhD and transformed our understanding of the evolutionary relationships of button corals.

Born and raised next to the sea, Joan grew up wanting to be a marine biologist. When she got to university, she found that it didn’t offer any Marine Biology courses, as was normal at the time for historically black colleges and universities. Instead, Owens studied Fine Art and went on to teach children at a psychiatric hospital, undergraduate students, and educationally disadvantaged high school students, setting up educational programmes that still influence US government policy.

She never forgot her childhood dream, however, and 16 years after gaining her first degree, went back to university. Owens combined modules in geology and zoology which together, allowed her to study marine biology and, in 1985, Owens became the first African American woman to gain a geology PhD.

Although she was unable to scuba dive due to sickle-cell anaemia traits, she used previously-collected specimens in the Smithsonian Institution to work on the classification system of button corals – mysterious corals known for their button-like form, deep-sea habitat, and solitary lives. Owens’ work shed light on their evolutionary relationships and uncovered new species and a new genus. 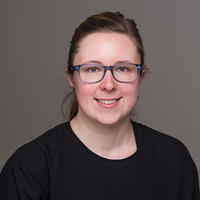