The Investigators group was formed to provide young people between the ages of 14 and 16 a chance to explore their interest in nature. Young people taking part have the freedom to devise and carry out their own project based on Museum specimens in their free time.

Each year, the Museum runs a club for key stage 4 students. Investigators interested in the natural world have an opportunity to pursue an extended project of their choice. Investigators meet on Saturdays from 10.30am to 12.30pm for ten weeks. Investigators have access to special Museum objects and experts in the field. Investigators can submit their work for a British Science Association CREST award. For more information about the next course and an application form contact education@oum.ox.ac.uk

The groups was formed to address three issues:

The opportunity is primarily for young people educated in the state sector. It was felt that these students were likely to be taught in large classes and have limited extra-curricular opportunities. The opportunity was advertised in the Museum, during school visits and through the Museum’s teacher network.  However, we didn’t ask teachers to nominate students. Young people were encouraged to apply independently.

It was hoped that people would meet friends with a similar interest in natural sciences and appreciate the possibilities to explore this using specimens in a natural history collection. It was also an opportunity to showcase the science that takes place in the Museum, and for young people to meet scientists behind the wide variety of projects taking place.

Each year, a list of around ten projects is put together based on the specimens and expertise available. Each project has to use specimens and enable people to demonstrate the skills needed for a Silver CREST award. CREST awards are devised by the British Science Association and recognise a broad range of scientific skills, such as experiment design or making sense of data. Around 20 people are accepted each year. They choose a project and spend ten Saturday mornings working on it. Young people are supported by the project coordinator and scientists from the Museum and the University.

Each Saturday morning has a flexible structure. Sometimes a scientist will give a short talk. Sometimes there is a group activity that relates to one or more of the projects. This might involve a behind-the-scenes tour or an object-handling session. Most of the time, people work on their individual projects.

The project culminates in a science communication activity. This might be taking part in a family science fair or working on a display case in the Museum. 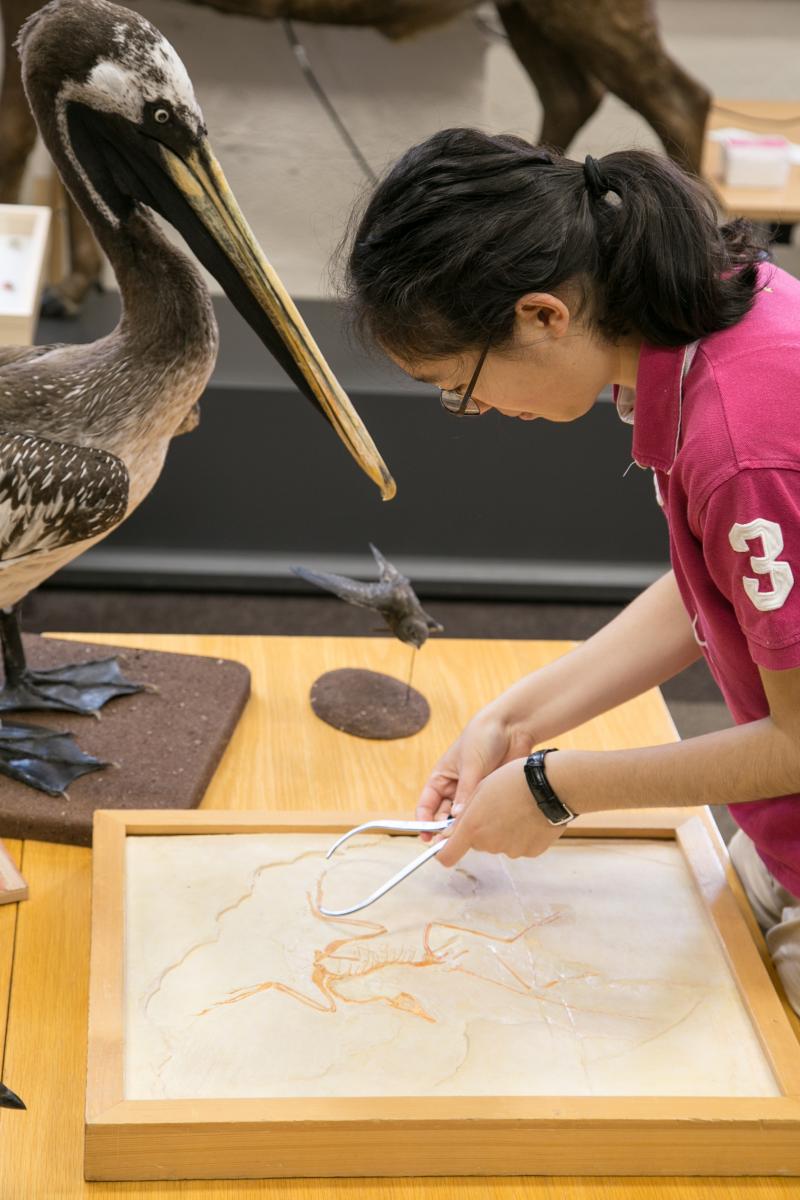 Investigators are relaxed in the informal atmosphere that develops over the ten-week period. They can work on their own if they prefer or with others for part of the time. Friendship groups form, and people support and entertain each other in a variety of ways.

The participants meet scientists in the Museum and are able to appreciate that science is driven by curiosity and creativity, and sometimes application. Scientists meet an audience of young people contemplating a career in science, gaining a better understanding of the engagement possible at this stage in people’s lives.

After ten weeks, a significant number of the group are keen to join the Museum’s youth forum and continue their special relationship with the Museum.

It’s clear that this opportunity is quite different from science at school. It might be better to spend the first session or two on a whole group activity that focuses on devising experiments that make the best use of specimens before Investigators choose their main project ideas.

The Investigator group provides a great opportunity to work with those people that have identified an interest in nature. The next step is to work with people at an earlier stage and bring this interest to the fore.

"I liked how enthusiastic everyone was. I got enough freedom to do what I wanted and came up with my own question [to study]. The whole thing was brilliant. Not only did I learn a lot, I also made some new friends."

Want to view other Museum of Natural History case studies?