This nickel-iron meteorite is the oldest thing you can see and touch in the museum. At over 4.5 billion years old, it is as ancient as the Earth itself, and older than any terrestrial rock. It comes from the asteroid belt, rocky planetary debris that orbits the Sun between Mars and Jupiter. The meteorite was found in 1958 near the city of Nantan in Guangxi, China. It is believed that lightning-bright whirling shooting stars that were recorded in the year 1516 contained the Nantan meteorite that was discovered over 400 years later.

The Main Court of the Museum will be transformed in 2020, with the large showcases replaced and beautiful new displays installed. During this time some displays will move or be removed, with some areas of the court temporarily inaccessible. Museum opening hours will remain as normal, daily from 10am to 5pm. Please visit https://oumnh.web.ox.ac.uk/life-as-we-know-it for more information on the project.

Find the meteorite in the Museum 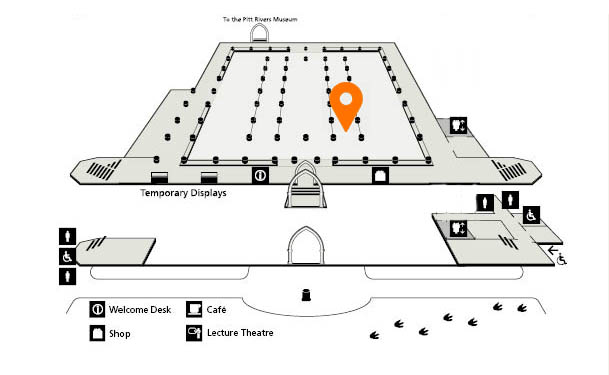