The Oxford dodo is the most iconic specimen held by the Museum. It is the most complete remains of a single dodo in the world, and includes tissue remains of both the head and foot. The dodo was a flightless bird, first discovered by Europeans in the late 16th century on the island of Mauritius, in the Indian Ocean. By 1680 the bird was extinct, probably due to the introduction of predators to the island – such as dogs, cats and pigs – by the European settlers. The Museum also holds two of the most famous paintings of dodos: a copy of George Edwards’ colourful 1758 depiction, and Jan Savery’s 1651 image of a plumper dodo. It is now thought that dodos would have been slimmer than they are usually depicted.

The Main Court of the Museum will be transformed in 2020, with the large showcases replaced and beautiful new displays installed. During this time some displays will move or be removed, with some areas of the court temporarily inaccessible. Museum opening hours will remain as normal, daily from 10am to 5pm. Please visit https://oumnh.web.ox.ac.uk/life-as-we-know-it for more information on the project.

Find the dodo in the gallery 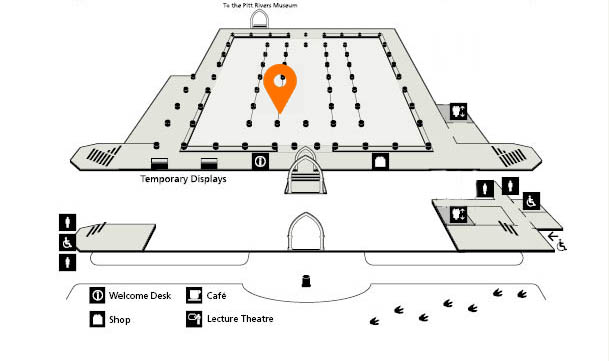