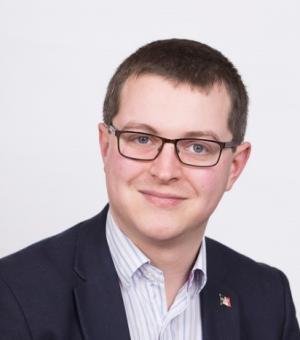 Geoheritage Conservation and Interpretation Officer for the Charnwood Forest Geopark

Jack Matthews was formerly a Museum Research Fellow in the Museum, having also been an OPEN Knowledge Exchange Fellow, a Research Fellow at Memorial University of Newfoundland, and a Research Associate at University College, Oxford. Jack studied for a DPhil in Earth Science at Oxford’s Department of Earth Science under the supervision of Professor Martin Brasier. His thesis investigated the stratigraphy and sedimentology of the Ediacaran fossil-bearing rocks of Newfoundland and the UK.

Jack works as the Geoheritage Conservation and Interpretation Officer for the Charnwood Forest Geopark, based out of the National Forest Company. He is also a Trustee of Earthwatch Europe and The Chalet Trust, and a School Governor at the Codsall High Federation of Schools.

Dr Matthews’s research interests focus on geoheritage and geoconservation, and scientific studies to inform policy and management decisions in these areas. Working with government, local communities, non-profit organisations and businesses, Jack investigates the threats to geoheritage, to better inform management plans. By enhancing geoconservation efforts with sound scientific foundations, geotourism industries can grow sustainably, supporting local economies. He has a longstanding working relationship with UNESCO, and as well as partnering on several IGCP projects, has worked with international colleagues to bring about an official UNESCO International Geodiversity Day.

Jack also investigates the legislative frameworks used by jurisdictions around the world to identify, designate, protect and manage their geological heritage. Nations have used very different legal mechanisms to facilitate their geoconservation goals, sometimes with unintended consequences. Jack analyses, compares and contrasts these different approaches, using his conclusions to improve protection around the world, as well as extending geoconservation concepts to other celestial bodies.

In addition to this, Jack has a long term interest in the Ediacaran rocks of Newfoundland and the UK, and the evidence within them regarding the rise of animals and other architecturally complex organisms. These studies look to better understand the relationship between the different deposits within these now dispersed outcrops that were previously associated as the palaeo-continent of Avalonia. Jack employs geochronological techniques along with lithostratigraphic and geochemical methods to resolve more clearly the ages of key evolutionary turning points in the Ediacaran.

Want to view more of the Museum's honorary associates?