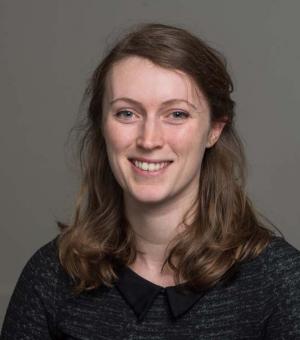 Dr Sumner-Rooney’s research combines a range of techniques to study the function and evolution of sensory and nervous systems in invertebrates. These systems are staggeringly diverse, and they form the interface between organisms and their environment, having profound behavioural, ecological and evolutionary impacts. Her current research focusses on the parallel changes to eyes and brains in animals inhabiting different light environments, from eagle-eyed hunters to blind cave species.

This involves both reconstructing past evolutionary trajectories and predicting future changes, for example under increasing anthropogenic light. Another main interest is how organisms without eyes navigate using light information, particularly in marine molluscs and echinoderms. Using high-resolution microscopy and tomography, comparative morphology, behavioural experiments, transcriptomics and developmental biology, she aims to disentangle how and why complex structures such as eyes and brains evolved, and what they can reveal about the history of animal life.

Lauren Sumner-Rooney is a Museum Research Fellow and Research Associate in the Department of Zoology. She is also a postdoctoral research fellow at St Anne’s College. Lauren received her PhD in 2015 from Queen’s University Belfast, where she was supervised by Dr Julia Sigwart. She worked as a research assistant and science communicator at the Royal Veterinary College before moving to the Museum für Naturkunde in Berlin as a Leibniz-DAAD postdoctoral research fellow (2016–17). She returned to the UK to take up her research fellowship at the Oxford University Museum of Natural History in autumn 2017.