A fascinating new exhibition at Oxford University Museum of Natural History - First Animals - will challenge its visitors to question ‘What is an animal?’

The visitor journey begins by travelling back in time 600 million years, to when the very origins of all animals – including humans – began to develop in the world’s oceans. 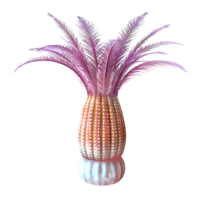 In an extraordinary evolutionary event, which has never been repeated since, the Earth then experienced a huge increase in new life forms, many of which laid the foundations for the body plans of all subsequent animal life. This occurrence, termed the Cambrian Explosion, took place over a period of just 20 million years – a mere blink of the eye in geological terms – and First Animals reveals how amazing fossil evidence from this epoch is being uncovered and investigated to shed new light on our earliest beginnings.

The exhibition will tell this story like never before. For the first time ever, over 60 incredibly well-preserved specimens, each hundreds of millions of years old, will travel to Oxford from sites across the globe. This includes a significant loan of 55 fossils from Yunnan University in Chengjiang, China, along with other evidence from Burgess Shale, Canada and Sirius Passet, Greenland.

One of the highlights of First Animals will certainly be the museum’s interactive Cambrian Diver installation, which will allow users to explore a 360-degree ocean in a virtual submersible craft. On the dive they will learn more about some of the key animals in the exhibition, and how they existed as part of the very first animal ecosystems.

Digital reconstructions will also bring these enigmatic creatures to life, with the animations helping visitors to visualise what they may have looked like, how they moved, and to understand their roles within an ecosystem.

By presenting the unique Chengjiang fossils alongside more than 70 specimens from the Museum’s collection, visitors will be able to see how the body plans which evolved in the very earliest creatures can still be found in all the major animal groups today.

The Chengjiang fossils are the star loans of First Animals. Their significance cannot be overstated, as they represent a uniquely complete snapshot of the diversity of animals appearing during the Cambrian Explosion. Older than other well-preserved fossils from this era, the range and preservation of the Chengjiang fossils make them one of the most informative – and therefore important – Cambrian fossil deposits in the world, providing an insight into the very first animals that we would recognise today. 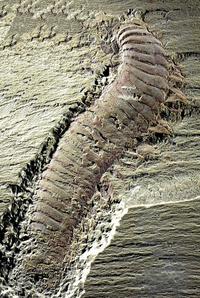 The 55 specimens on loan represent 11 of the major groups of animal life as well as a number of enigmatic and starkly different forms, including tiny worms, large predatory arthropods (invertebrate animals such as insects, arachnids, and crustaceans) and the early ancestors of vertebrates.

“After billions of years in which bacteria were the only lifeforms, a combination of local and global environmental changes kick-started the evolution of animal life on Earth. First Animals shows how new techniques, analysis and fossil evidence are opening up new understanding of the origins of animal life, now dated to almost 600 million years ago,” says Professor Paul Smith, director of Oxford University Museum of Natural History.

“Visitors to the exhibition will encounter strange, enigmatic creatures and ancient ecosystems. They will be able to contemplate their earliest animal ancestor – a hypothetical first animal – and through digital reconstructions will come face to face with creatures that changed the planet forever: the first predators, and the first prey.”

The loan of the Chengjiang fossils is made possible by the generosity of Yunnan University and the partnership between Oxford University Museum of Natural History and the Yunnan Key Laboratory for Palaeobiology.

First Animals will also include an artistic perspective on the earliest animal life through the Museum’s collaboration with the Oxford Printmakers Co-operative (OPC). Twenty-two members of the group are working closely with Museum research scientists to create individual prints that respond to fossils on display in the exhibition. This large body of works will be presented in the First Impressions trail around the Museum, allowing art lovers and fossil enthusiasts alike to discover original artwork amongst the Museum’s fossil collections.