Exciting changes are afoot at Oxford University Museum of Natural History, as it embarks on the first major changes to its permanent displays in almost 20 years. The specimens, including the Oxfordshire dinosaurs and the famous Oxford Dodo, will be on the move from January as old display cabinets are removed to make way for new conservation-grade showcases. The changes are part of the initial phase of longer term plans to transform the displays in the Museum’s stunning main court.

Thanks to generous funding from FCC Environment, the new showcases will feature imaginative thematic displays, offering visitors thought-provoking narratives around the sciences of the natural environment.

Developed around the concept of Life, As We Know It, the new displays will include beautiful presentations of the diversity of life, and address the importance and fragility of biodiversity and human impact on the environment. Further displays will look at how the biological processes of evolution combine with the geological processes of our dynamic Earth to give rise to the immense complexity and variety of the natural world.

The Museum now receives more than 750,000 visitors per year, welcoming people of all ages and interests, and from all parts of the world. The redisplay programme will offer learning and enjoyment for all levels, presented in a fresh, contemporary design.

Beginning in January, the central twelve display cases will be removed, one by one, outside Museum opening hours. New cases by specialist showcase manufacturer Click Netherfield will be installed in the court from April. Designed in keeping with the historical aesthetic of the Museum, the new showcases will be built to the same dimensions and form as the current cases, and positioned in the same arrangement. Their structure will offer a lighter, more elegant framework, with a greater degree of transparency, allowing the architecture more visual space. They will also better protect and preserve the specimens on display by providing better environmental conditions than the current cases.

The last major redevelopment of the permanent exhibits dates from the early 2000s, when annual visitor numbers to the Museum were around 175,000, a quarter of today’s figures. Over the decades since the Museum’s foundation in 1860, many changes have taken place in the main court, as illustrated in photography from the Museum’s Library and Archives (see gallery below). The original architectural design of the building was directly inspired by the rich complexity of the natural world, and under the Life, As We Know It scheme the new displays will reveal how interconnected natural processes have powered endless change over Earth’s long history.

Professor Paul Smith, director of Oxford University Museum of Natural History, says: “These are exciting changes for the Museum, as we look to provide our large and varied audiences with inspiring, scientifically rigorous and aesthetically beautiful presentations of the natural world. Thanks to the generous gift from FCC Environment we are also able to safeguard our heritage with the purchase of bespoke showcases that meet today’s conservation and display standards.”

The redisplay will take place during the course of 2020, but the Museum will remain open to visitors as normal throughout – seven days a week, 10am-5pm. During this time some displays will move or be removed, and some areas of the court will be temporarily inaccessible. The development of the redisplay project will be chronicled on the Museum’s blog at www.morethanadodo.com. 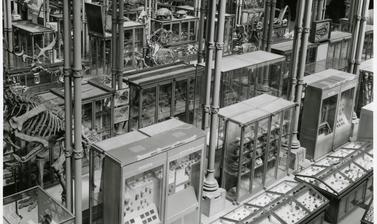 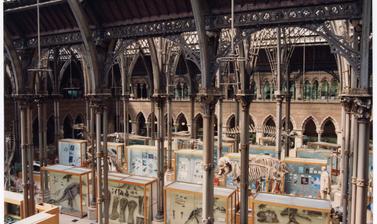